Armikrog, the latest game from Earthworm Jim creator Doug TenNapel, is the result of a successful Kickstarter campaign that was originally released on the PC this past September. It received mixed reviews, with many citing bugs as a major issue (which, to be honest, should be expected of a Kickstarter-funded project where the budget will already be strained). The developers promised to address the many bugs as they readied the game for home consoles. After months and months of delays, it is finally ready to make its console debut on the PS4 and Wii U. How does it fare as a console port?

A snazzy cut scene sets up the story of Armikrog and introduces us to the protagonists. Our heroes Tommynaut and his trusty sidekick Beak-Beak are on a mission to save their dying planet by obtaining P-tonium from the nearby planet Spiro-5. A malfunction causes them to have an emergency crash-landing on the planet’s surface, and so our adventure begins. 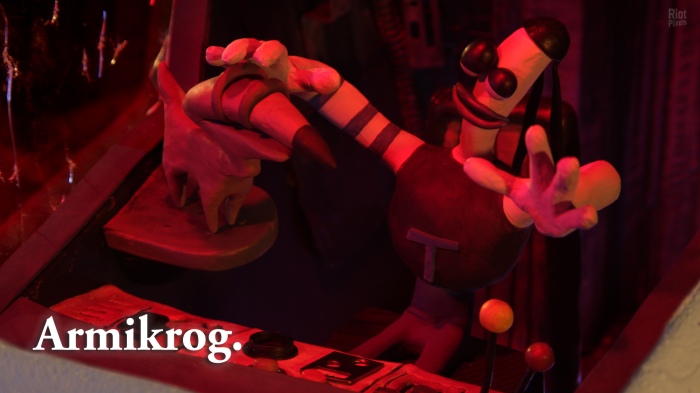 What follows is a classic point-and-click adventure. Unlike the wildly popular adventure games from developer Telltale Games, Armikrog harkens back to games such as Riven and Myst in that it refuses to hold your hand as you progress through the game. The player is encouraged to take their time and explore everything. Doug TenNapel and his team trust that the player is smart enough to figure out the puzzles without too much help. Stringing together seemingly disparate clues to solve a puzzle fills the player with a great sense of satisfaction. The first time, at least. The problem is that the same puzzles are repeated over, and over, and over again. In every section of the game you’ll be tasked to find a lever, turn on a machine, walk through a tunnel, and rotate some lines. This repetition leads to a very dull slog through the game. Combine that with the fact that there is barely any dialogue or interaction with other characters, and it makes for an underwhelming experience. 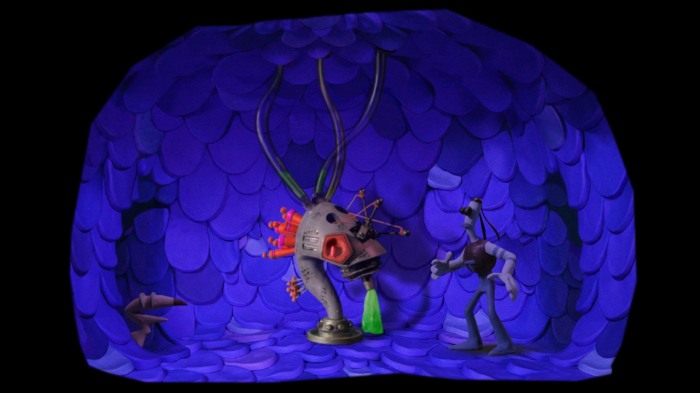 The story, what little of it there is, seems rushed and undeveloped. You’ll spend the first 2/3rds of the game following a mostly silent duo, with the only real conversations happening when Tommynaut thanks Beak-Beak for helping him with a puzzle. The cut scenes are beautiful but are told in a made up language adding to the confusion of the player. Sure, once you beat the game you can go back and hear them in English. But the game gives you so little to work with, there’s no real reason to go through it again. The relationship between the two main characters has almost no development, which made it hard for me to even care at all about what was happening. The 3rd act tries to shoehorn far too much story in and turns it into a jumbled mess. Finally, the ending is unsatisfying, to say the least.

…until you see it over and over again.

On the technical side, the game performs very well. Visually, the game is stunning. The claymation is gorgeous and the colors used really pop off the screen. The cut scenes are done very well, and the soundtrack is an odd mix of rock and more “floral-y” tunes, but it works well. The developers were indeed able to address many of the issues regarding the PC version. I played through the game twice and did not come across a single bug people previously complained about. The use of the touchpad on the PS4 controller was a nice bonus. I liked that I could replicate the sensation of a mouse with it. I always find it somewhat off-putting using the analog sticks in point-and-click games so that was nice. The load times were a little excessive, but when a game looked as gorgeous as this one it was forgivable. 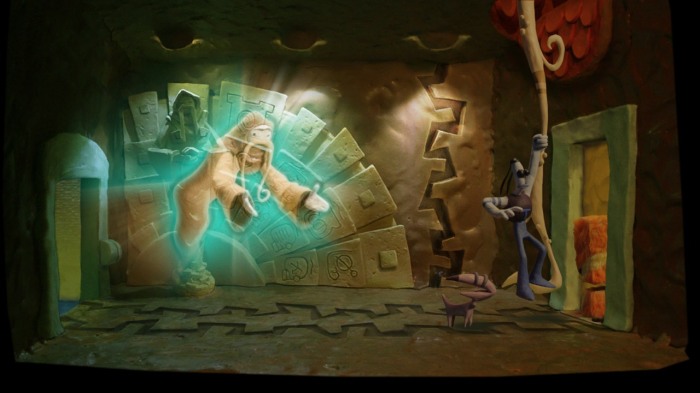 Armikrog is a game that shows flashes of brilliance but is ultimately a letdown. The execution of the game is lacking. It’s clear to see that they didn’t have enough of a budget to do everything that they wanted to do. Instead of scaling it back, they decided to just piece something together as best they could. The result is a disappointing, disjointed affair. While there were parts of the game that I enjoyed very much, I would be hard-pressed to recommend this game to anyone. The $10 price point is not bad, so if you’re a die-hard point-and-click fan, give it a go. Otherwise, it is ultimately not worth your time.