I’ve been a gamer since I was 5 years old. I’m 34 now. So for roughly 3 decades, I have been ‘boop beep booping’ as my mother would say sometimes. She never had any problem with it, and she always nurtured my habit. She loved the idea of keeping me in the house where she felt I was safe, so she was all for it. I don’t know if my mother was a serious gamer before I came along, but my guess would be no. Over the years though, she would fall in love with certain games.

Mario was the first game I saw her fall in love with. She sucked at it, but she had so much fun dying. I was scared to even teach her to be good. I almost felt like she wouldn’t have had as much fun if she was good at it. So I would just watch her die until she decided she was satisfied. This only happened once in a while, and I always wished it happened more. I didn’t know it at the time, but I wanted video games to be our thing. Sadly, we never quite got there. But there was one time we got close. And once again, it was thanks to Mario. Sort of. 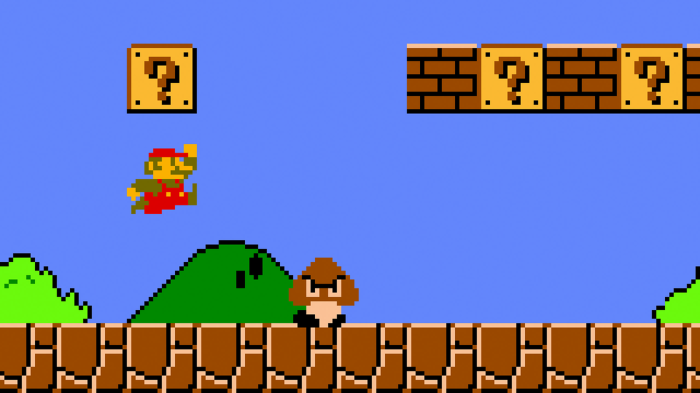 My mom was a huge Tetris fan. She was unbeatable at it. Well, for a while anyway. I eventually was able to best her, but that’s another story. Anyway, we went to look for a new game once and I saw a Tetris/Dr. Mario combo cartridge. I’m sure some of you remember that. Anyway, I used my mom’s Tetris fascination as leverage to get Dr. Mario. The commercial made it look really fun, what can I say. My mom told me the whole way home that before I tried Dr. Mario out, she wanted to play Tetris. However, I hit her with the doe eyes and the beaming smile so I could play first. We got home and fired the game up, only to find out there was a 2 player mode. So I asked if she wanted to try with me, and she agreed. The moment she cleared her first virus, everything changed.

The game that changed everything.

From that moment on, I could not put that game into my Super Nintendo without my mom asking to play. She was hooked in a way no other game could manage. Not even her beloved Tetris. And she was godlike. I caught up to her in Tetris, but not Dr. Mario. I feel like this is a parent super power looking back. Every parent has one thing their kid will never be better than them at. My mom’s super skill was helping Mario clear colored viruses. It was really amazing to see. She would even call me out when I had company and kick my ass. I used to think she wanted to embarrass me, but now I realize she just wanted my friends to think she was cool. Show them she understands why we like video games so much.

I was never able to parlay my mom’s love for that game into a full time gaming love. That’s ok though. Once I stopped playing it, she did too. She would fire it up once in a while if I wasn’t playing anything. Sometimes I would wake up on Saturdays and she would be sitting on my bed playing. During those times I would just watch her go. Look at my mom, gaming her ass off. I was so proud of her. It seems so silly to be proud of that considering everything she accomplished in her life. Then again, I guess the fact that she could effortlessly step into my world and dominate was something worth honoring.

Its funny to think about those days from the perspective of a parent. I always wanted to bond with my young ones over gaming, but I never thought it may be because I wanted that with my mother. In any event, hopefully one day they will look back on our gaming days together and remember them with as much joy as I remember me and mommy playing doctor. It remains one of the only things we truly bonded over, and that short time meant the world to me. I wish I could tell her this to her face. But it’s cool. She’s probably playing right now wishing I could face her one more time. Brush up on your skills Wanda. Next time we have a chance to play, I’ll be ready.