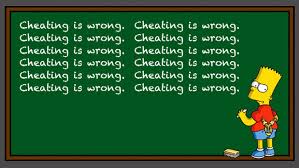 Look. I love video games with all my heart. This cannot be debated or proven false. I’ve dedicated my life to the medium, and with some luck and hard work I will be rewarded with a chance to support myself by continuing to do the same. With that said, I’m fed up. Let me explain why.

Travel with me back to 2014. A small little game by the name of Destiny was released. Ever heard of it? Anyway, this game would take over my life from September 2014 to January 2016. I spent 16 MONTHS of my life playing one game everyday for countless hours. I scheduled my entire life around this game. Thinking back, it’s kind of insane. But it was so fun for me, and I don’t regret it one bit. I would have to say that Bungie and I had a beautiful relationship that showed me what love felt like. And all things considered, I was damn good to Destiny.

Fast forward to today. There are two games in my library by the name of “The Division” and “Street Fighter V” and they have me vexed. Why Jerz? Why are you upset? BECAUSE I DONT HAVE TIME TO DEVOTE TO THEM. See, here’s the thing. It was fine to spend time with Destiny everyday for hours because I didn’t have another game that warranted the same attention. I could flirt with Until Dawn here and there, or have a lunch date with Madden periodically. But those games knew who my love really was. They respected their place. Life was good.

But these disrespectful games, oh no. I know I sound like the cranky old man at the party, but I really don’t have endless hours to pour into every game I play just to keep up. Let’s start with the Division. It’s a fucking time sink, just like Destiny was. It’s the same endless grind, and it’s set up pretty much the same way. If you deny that, you just hate Destiny or you’re blind. Dailies, weeklies, an Incursion (Raid), I mean come on. It’s designed for you to play everyday, and if you don’t you WILL fall behind. That’s damn near a fact. I’m not saying this because it’s a negative. I don’t have a problem with this setup. I’m just mad that I can’t play it enough to feel like I’ll be able to keep up with my friends. And this is Mad Monday, so I’m venting. Deal with it.

Street Fighter V is a different case, and it hurts me far more. You see, I am going to EVO this year to compete, and I really want to be able to hold my own. The problem is…..the FGC (Fighting Game Community) has evolved in such a manner that I damn near have to breathe the game just to be average. You have to play everyday, study tournaments, watch other top players, watch endless tutorial videos, learn a whole new language…..it’s just too much. Maybe I’m just nostalgic, but I miss just being able to play and be good. It feels like work now, and rightfully so with the stakes involved. I’m probably just jealous of those who have the time to invest and the attitude needed to be great. But again, this is my space to complain, so complain I shall.

I get it. Every developer designs their game as if it is the only one that exists. They want you to play it everyday for hours on end, never fully mastering it. We did it as kids, and we had no qualms. However, as kids we didn’t necessarily have the means to get every game we wanted either. Now that I can, I’m overwhelmed. Between life and all the games I want to play, I can’t devote my time to just one. I’m a gaming slut now, and it saddens me. I want to be able to settle down with one game and grow. Invest my time and reap the dividends. But my eyes wander and my lust grows with each new trailer and screenshot. Look at that explosion, damnnnnnn. It’s a shame really, because I know what I can do when I’m fully locked in. But it’s almost impossible right now. But who knows…..maybe one day things will change. Until then, I’ll just try to have fun dating around. See y’all later.