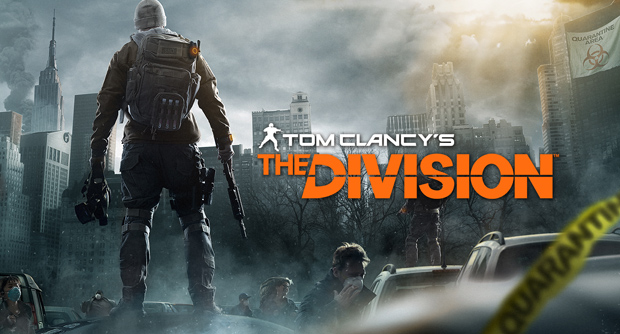 Yeah, I said it. Fight me if you feel a way. Quick disclaimer: I’m only comparing Division and Destiny because everyone else loves doing it. While there are similarities of course, they are very different. I’m just poking fun. So before you jump down my throat talking about DESTINY DIDNT DO THAT STUFF FIRST…..I invite you to kiss my ass and save your typing time.

So I’m currently watching the stream detailing what will be in The Division’s Update 1.1, and I can’t help but feel like my guardian is headed to NYC. This isn’t really a bad thing, or unexpected thing. It’s also not something I expect most of the people who read this to agree with. I made my peace with that before I hit publish. So judge if you must. So let’s talk about what was revealed in the stream. I’m going to talk about things as I saw them, so if I repeat info or seem to be all over the place, blame Bungie. I mean Massive.

Ok people, let’s start with Incursions. The first noteworthy piece of info is that it is free. Free is good. So they are ahead on the scoreboard out the gate. Next up, there will be new additions that are harder than Challenge Mode. They are stressing how hard this will be, so be prepared. Of course there will be new gear rewards that are better than anything currently in game. Group coordination will be tested even further apparently, which makes me feel like some of the incursion will require “steps” so to speak. Think Raid bosses in Destiny, that’s what I think they are alluding to. Damn, I mentioned it again. I’m sorry.The word “synergy” was just uttered, and I want to throw up.

So after showing some admittedly cool looking concept art, the team is now talking about Gear Sets. They are explaining them while also showing, so go check out the stream if you need visual aids. Ill link to it at the end of the post. So there are 4 different sets, and collecting (and equipping) them all nets you a special talent. It’s probably awesome. They did say Update 1.1 has 4 sets, so expect more in future updates. The names for gear set items will appear in green, and all items in the set will start with the same name. Each piece you collect in a set will unlock bonuses on the way to the full set. But Jerz, how do you get gear sets? Easy! Just beat strikes! FUCK, wrong game. Ok, here’s how you do it.

They stopped there, but alluded to other possibilities for gaining gear sets. I believe “spread yourself” was a phrase used to describe how to acquire them all. The other sets are names Sentry’s Call, Tactician’s Authority, and Striker. I think these names are right, and if not I apologize. Here’s a little breakdown of each.

Apparently you won’t get any complete set in one place, so you need to play all the different modes and such to complete sets. So they say. We’ll see. Blueprints were also mentioned, so expect to get some by way of blueprint.

Item level will now be replaced by gear score. This will help you understand how prepared you are once you hit level 30. Missions and such will now have a recommended gear level, letting you know if you are ready for what lies ahead. Putting on gear that exceeds max level will raise your gear level. Sound familiar? I thought so. Class will still matter, so a high end 31 will probably have a higher score than a superior 31. I think. Gear set pieces are equivalent to high end gear, but gear set items dont have individual talents so consider that when deciding which way to go. One cool thing is the ghame will check your inventory to tell you your possible max gear score. Your gear score is displayed on screen at all teams, as well as your group mates.

Trading (TAKE THAT DESTINY I OWN YOU)

Let’s examine. You can only trade with your group. In the dark zone you can only trade at the gates. Anything you drop for trade can be picked up by ANYONE ELSE IN THE GROUP. Be aware of that if you are in a mixed group, meaning a friend and some randoms. If the wrong person DOES pick something up, they can drop it again. Presumably they would have to want to though, so again be wary in mixed groups. You can only trade an item for 2 hours after you acquire it, but it can be bounced around for that entire 2 hours apparently. I’m guessing whoever has it after 2 hours is stuck with it for better or worse.

There are now daily and weekly assignments. Do not confuse these with daily missions. These will be on the map. They will give you Division Tech and Phoenix credits, but I’d guess they can potentially give other rewards. They can be combat themed, crafting themed, or dark zone themed. The daily assignments will presumably be quickly cleared, while the weekly will be more involved. An example given was “kill 10 cleaners” so…..yeah they are basically Destiny bounties.

This one is for the Dark Zone lovers. About every hour, a supply drop will descend from the heavens above. Stuff you want will be inside. Stuff everyone else wants will be inside. Early bird gets the gear. Simple. So get there, and get prepared. Because others will be coming, guns at the ready. Oh yeah, the supply drop will be protected by enemies too. Have fun! These items don’t need to be extracted, which is pretty cool. They aren’t contaminated, so that’s a nice bit of continuity.

You no longer have to just stare at your lifeless body when you die. Now you can at least follow your group and be an extra set of eyes. I actually asked for this 2 days ago out loud so I’m happy about this.

The date was just announced at this point (April 12th) so we have 2 weeks to wait. Not bad at all. After a REALLY CHEESY video that was supposed to be funny and wasn’t, we got some footage of the first Incursion titled “Falcon Lost” I believe. This part of the video is better if you just watch, so if you go watch the stream jump to 41:13. For those who don’t want it spoiled, I won’t describe it at all in this post. All I will say is the following.

So that’s about it everyone. Anything else to be learned was talked about during the Incursion footage, so I’ll let you see it while you watch. The stream is available here.