Destiny has had the interwebs in flames today. It wasn’t because of the randomly questionable selection of everybody’s friend Xur, or even Master Rahool’s inability to give you the armor piece you needed from that legendary engram. The culprit was the new Destiny update set to hit gamers in September. Paraphrasing what has many throwing physical copies of the game like Frisbees into the wind, Bungie has decided to “adjust” some of the game’s highly favored guns. Yes, the Nechrochasm seems it may be more formidable in the future, but more popular guns, such as Ice Breaker and the revered Gjallarhorn, will be nerfed to the dismay of many.

Bungie does have some exceptional explanations for the sads people have about the future amendments to the guns. First and foremost, they’ve been adjusting the guns all along. With the stats and algorithms they have used to make decisions, most of their moves have been fairly reasonable and helpful to the gameplay. Guns in PvP have been balanced better, and others for PvE have been made stronger. Ultimately, they may not have got everything right, but Thorn was made stronger in an update, and Pocket Infinity was depowered in the Crucible so whole teams weren’t mowed down. All viable moves that made the game better for all.

Secondly, they did cite the need for Gjallarhorn to be nerfed because many players, particularly those in some of the LFG (looking for group) sites, would filter players by who had Gjallarhorn to play Nightfalls, raids, and now Prison of Elders. While I’ve never personally had many problems ending up on a reasonable team without having a Gjallarhorn (Most Destiny players tend to be cool with Hunger of Crota as well), I did have someone tell me that you couldn’t beat either of the raids, and much less Skolas, without a full fireteam of the beloved “Gally.” I wish Bungie would post numbers on that.

Although those two points are very important, I think there is also another explanation for this: although Bungie is here for the fans, they are still a business. They have cleaned up some of the concerns of long-time players for the sake of keeping them playing, but the reality is this – they have to sell the upcoming expansion to keep their own mouths fed. I’m sure that Bungie has found some of the things Kotaku’s Kirk Hamilton found – specifically, their old guns are generally enjoyed more than their new ones. So moving into the new expansion, it does make more sense to depower the old favorites to get people more interested in the upcoming game. Although I hated the nature of Destiny’s feature exclusivities to PS4, and I’m not quite a fan of their Red Bull promotion, I do still enjoy the game. It sucks that I’m going to have to put down Ice Breaker, but I’ll be sure to find something new in the expansion. 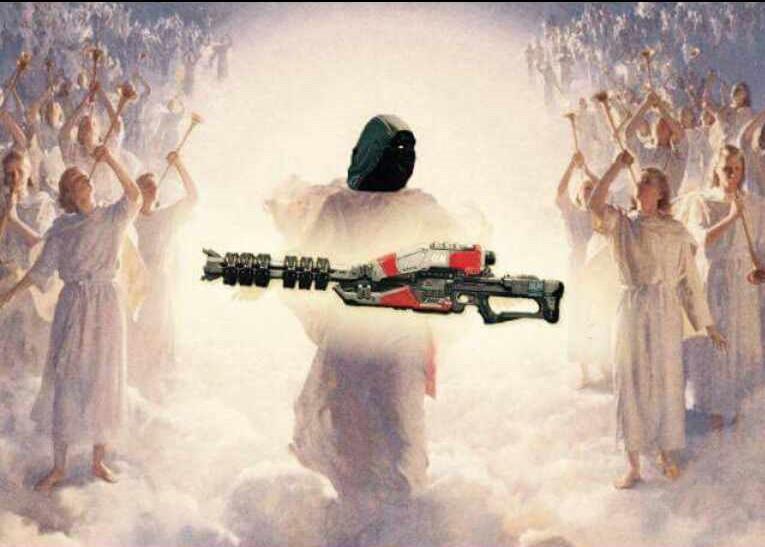 Rest in peace Ice Breaker. It was all good just a week ago. image via twitter from @DestinyInDepth

Shut up and take my money, Bungie. Just shut up.