Okay, I admit it. I am so hyped that I can really play Xbox with my son. Long gone are the days where I’d watch him play Backyardigans Wii Fit. Although he indulged in jumping rope with Pedro the Penguin, Tasha the Hippo, Tyrone the Whale and whatever the hell a Uniqua is, I’m from the Final Fight generation. Pedro can catch a Mike Haggar piledriver. 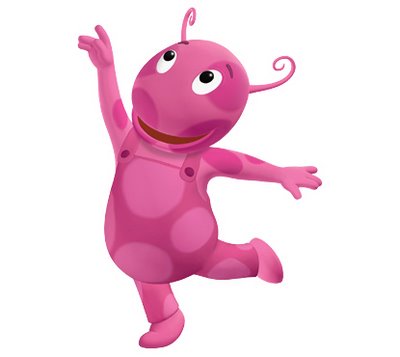 Really. What the hell is a Uniqua?!

A few weeks ago, I finally caved in and let my son play Xbox 360, as long as he didn’t attempt to make a selection from my bloody, gory, and adult-oriented titles on the shelf. He pulled out Halo 3 and looked at me with a huge, sheepish grin. I looked back at him with an even cheesier smile, like Jiff Ramsey on Bowfinger. We played campaign together on an easy difficulty, and after a few times of shooting dad in the back of the head with a rocket launcher, we beat the game. My son may be the worst Warthog driver of all time, but at least we bonded – just like we do when we read together or play soccer outside.

I was really excited for E3 this week because of the Halo 5 announcement. As a proud Xbox One owner, I planned on buying the Master Chief collection this week so we could play all of the Halos’ consecutively for the rest of the summer. My kid and I were going to waltz into the sunset of Halo, pushing towards Halo 5, energy blades ready to go. Then Kotaku hits me with a bomb – No split screen for Halo 5. As Halo is generally considered the bastion of split screen play, it seems it is time to go ahead and bury this old-fashioned concept of gaming together on the same console. I guess we will have to hook a bunch of systems up and play around each other like the South Park kids.

Goodbye split screen. Tashaun hit this on the head in his ode to “couch” co-op a few months ago. Good split screen co-op is dead for the most part. Apparently, it just isn’t worth it anymore, because it does sacrifice frame rate. With the advent of playing together online, multiplayer shooting on the good split screen is going the way of the dinosaur. It kind of (really) sucks that my kid will never know the joys of packing a house full of his friends to play Goldeneye, or utilizing the overwhelming power of the classic Halo pistol against his peers. And who wouldn’t want in-home assistance with fighting The Flood?

Fortunately, Borderlands: the Handsome Jack Collection still has split screen. So I do have something we can pour endless hours into if my kid so desires to play something entertaining, addictive, and challenging that isn’t the Call of Duty series. I also hope Gearbox’s Battleborn, which will feature at least 2 player split screen, won’t disappoint. Let me go ahead and send Randy Pitchford an open letter so he doesn’t sacrifice split screen on BL3…