Hello cool world. Or hot world, because it’s definitely not cool outside.

Anyway, you know how this works by now. I list some games you may want to keep an eye on this month. Lot of puzzle games from what I see! So let’s not waste anymore time. 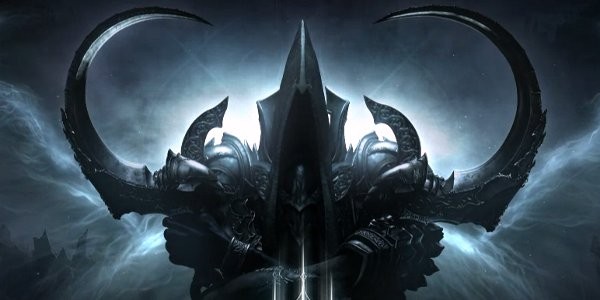 Diablo III: Ultimate Evil Edition (XBox One, PS4) – I mean, it’s Diablo. I don’t know what else to really say. You either want to play it, or you don’t. Those who opted to play on console have waited patiently for this Ultimate Evil Edition, and it’s finally here this month. So go forth, kill demons, and level up. Maybe you’ll see me playing. Maybe.

Madden NFL 15 (XB1, 360, PS4, PS3) – Madden’s annual release is nigh. This year, the focus has been placed on defense. I can’t speak to how that will turn out, but I think the defense needed a lot of work so I’m ok with that decision. The game looks WAY better than last year’s current gen version, but it’s hard to say what to expect. In any event, the lack of an NCAA option means I have to buy it. 😦

Infamous: First Light (PS4) – Fetch quickly became a fan favorite for those who played Infamous: Second Son. Now we will get to explore her origin story in depth with the First Light DLC. I’m hoping that Sucker Punch really plays around with her powers, because the Neon set was pretty much my default once I got it. I’ll have this first day.

Plants vs Zombies: Garden Warfare (PS4, PS3) – Garden Warfare is making it’s Sony debut after landing on the XBox consoles back in Feburary. The DLC from those versions will be included, as well as a couple of new modes. I am not that familiar with the franchise, but Garden Warfare looked like a very fun take on tower defense. I might check it out if I find myself with nothing to play at some point.

It’s puzzling how many puzzle games are dropping this month. Fans of the genre (MEEEE) should check out The Swapper (PS4, PS3, PS Vita, PC), Road Not Taken (PC, PS4), or Metrico (PS Vita). The Swapper reviewed pretty well on PC, and the other two titles have been getting a lot of positive press as well.

Sony has a pair of downloadable exclusives coming. Hohokum (PS4, PS3, PS Vita) is a unique and vibrant adventure game that encourages exploration and patience. Counterspy (PS4, PS3, PS Vita) is a Metroidvania styled title set during the Cold War. Counterspy has had some mixed previews, while Hohokum has had better press leading up to release. Finally, Metro Redux (PS4, XB1) is a double feature including Metro: 2033 and Metro: Last Light.

XBox Games With Gold members will receive Motocross Madness and Dishonored for the 360. On the XBox One they will receive Crimson Dragon and Strike Suit Zero: Director’s Cut.

Well that’s it gamers. Heavier August than usual. See you next month, where a little known game called Destiny might earn a spot in the buying guide. Happy gaming!