It took me a while to finish another post. Why, you ask? Well, I wanted my next one to be about my experience playing Killzone:Shadow Fall as a newcomer to the series. Admittedly, it took me a while to actually get going in the game. I got caught up playing NBA 2K14, and Killzone hadn’t grabbed me like I thought it would in the time I did spend playing. The play style was vastly different than any other shooter I was used to, or at least I felt that way. The game seemed to reward patience in a firefight more than just running and gunning. More than a few times, I found myself under pressure with low health, low ammo and no adrenaline; cornered by five or more enemies with little more than a couple of boxes for cover. In one of these instances, I used my radar to see all of them and noticed they were “stacking” on the other side of the box., one behind the other. I equipped my pistol, sent my drone out to stun them and took out three before they recovered. I quickly got behind cover, waited and popped back out to finish the last two. As I waited for the rest of my health to regenerate, I set the controller down (the red to yellow to green change on the light is a great touch) and took in my brief triumph. I had a moment that I’m confident I haven’t had in a shooter since I’ve been playing video games. For the first time, I felt like I won a firefight being smart rather than just blindly running in. Yeah I could have just run out, taken the death and started over from my checkpoint, but I didn’t want to. I wanted to get out of that particular situation and I did.

Overall, I enjoyed the game. I don’t know much about the story in the series as a whole, but I liked Shadow Fall’s narrative. That actually brings me to my next point and before I go any further, I want to note there will be spoilers for those that didn’t finish the game or have yet to play it. 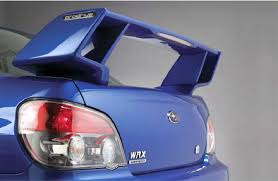 So at the end of Killzone:Shadow Fall, Your character, Kellan, gets killed. Shot in the head by his Commanding Officer, Sinclair. I fully expected someone to come in for the save at the last second and help me see my mission through….WRONG….WRONG. This death was made even more interesting with the game’s true final mission. It sees you taking control of Echo with the intent of assassinating Sinclair. He was successful and I wasn’t…at least until Echo’s bullet went through him. With the emphasis on sequels rather than wholly original IPs, I get why we don’t see this more often. But I would love to see the main character die in the story on a more frequent basis. The obvious caveat being that the story is good enough to support this of course. About a week ago, I was playing Shadow Fall’s multiplayer with Jerz and we were talking about how well done the story was for Rockstar’s Red Dead Redemption. I was legitimately upset that John died at the end because of the journey he had taken. That had everything to do with how well written the game and John’s character were. I would love to see more developers take a chance with their characters and make more attempts to engage the gamer in a way that would make a main character’s death important. Be sure to leave a comment about your experience with the game or your thoughts on killing off the main character. Take it easy everyone.