What up! I’m back like I never left, ready to get you ready for Friday once again. It’s another gaming holiday, and I want nothing more than for everyone to prosper. So let’s get to it. I’m not going to waste time talking about the games that are also on PS4. I did it last week. It’s the same game. So I’ll just list those games here. Reference back to this article for my thoughts on those particular games.

A couple of notes. I didn’t write about NBA Live last week (because it wasn’t available yet), but it’s not worth writing about anyway. So that’s that. Just buy 2K if you want a basketball game. As for the COD/Battlefield choice, again I would suggest Battlefield. It’s easier to recommend on XB1 because there is no third option. It’s one or the other if you want a shooter. Let’s do the right thing and get COD outta here. It’s time for a change.

So let’s talk exclusives. There are a few options on day 1, so I’ll tell you what I think of them.

Crimson Dragon ($20) – This XBox Live game is in many ways similar to the classic Panzer Dragoon. It’s one part rail shooter, one part 360 degree dragon badassery. This was originally a 360 game, so don’t expect to be blown away by the visuals. But fans of the throwback genre should give it a look if they feel the price isn’t too steep.

Dead Rising 3 ($60) – You know what you’re getting with Dead Rising. Zombies. Weapons. Zombies. Weapons. ZOMBIES AND WEAPONS! Think Dynasty Warriors with zombies instead of Japanese swordsmen. It’s Nick Ramos turn to go zombie hunting with his own brand of super weapons and pieced together vehicles. Robust customization options make sure that you find your own unique way to get the job done. Even when killing zombies, its important to express yourself.

Fighter Within ($60) – *Sings “The Glow” from the Last Dragon* It’s a Kinect fighter from Ubisoft. I don’t know how much more I need to say. Step in front of the camera and fight your way to victory. How you feel about Kinect games in general will determine if you’re interested in this or not. My Kinect experience doesn’t extend past Dance Central, so that should tell you how I feel about it.

Forza Motorsport 5 ($60) – Gran Turismo’s most notable opposition has made the leap to next gen, and the early returns look very promising. You have another driving option in Need For Speed, but smart money says this will be the better investment. The game looks beauuuuutiful as it should, and Forza 4 handled like a dream so this should as well. Add in hundreds of cars to drive (all with Forzavista mode now) and this could easily be the biggest day 1 seller.

Killer Instinct (Free-to-Play) – WOOOOOO IT’S BACKKKKKKK ULTRAAAAAAAAAA COMBOOOOOOOO ok I’m calm. I know there have been complaints about the small roster (6 fighters) or lack of modes (no story or arcade mode.) But whatever. It’s free. And despite what looks to be wrong, there are plenty of things right. Tops on that list is what’s most important, the actual fighting. It looks awesome! There is a lot more nuance than past versions, and the system has been upgraded to add much more strategy. I think it will pay off handsomely. Download this, you won’t regret it. 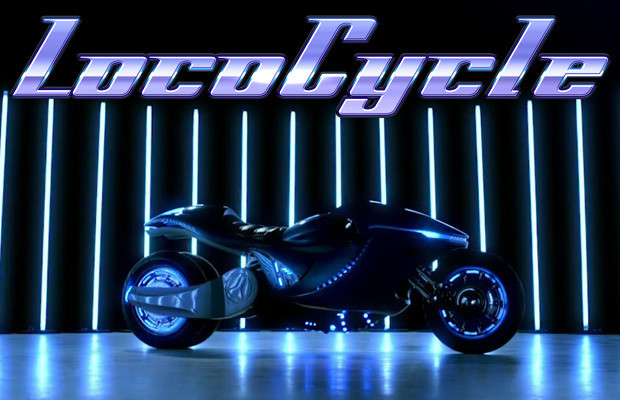 Lococycle ($20) – Would you play a game that stars a motorcycle that can control itself? What if that motorcycle was dragging a mechanic behind it? What if it featured multiple gameplay types and a host of 90’s references you might find silly? What if it didn’t look like a next-gen game at all? Yeah. Just in case you don’t see where I’m going with this, save your money.

Powerstar Golf ($20) – Another Xbox Live title that was originally supposed to be on the 360. If you liked games like Mario Golf or Hot Shots Golf, you’ll more than likely enjoy this. The star here is the XP system. There are a host of on the spot challenges, goals to meet, and a rivals mode where you can compete against the ghosts of other players. Leveling up your character sounds pretty enjoyable. I dunno about 20 bucks (are all XB1 live games gonna be 20 bucks?) but the game seems like a fun time.

Ryse: Son of Rome ($60) – This! IS! Oh, my bad. Microsoft has seemed to position this as the must have title when it comes to the XB1 first party offerings. It certainly LOOKS the part. Fantastic isn’t a strong enough word. This is what next-gen should look like. Previews have been mixed to say the least, but I suspect most of you will be buying this. I would be for sure, so there’s that. My advice is check the reviews before launch day and see what the word is. Don’t sweat the scores. Just READ THE REVIEWS. These writers care about stuff you don’t. Remember that when assessing their numerical value for a review.

Zoo Tycoon ($60) – Wanna “build” your own zoo? Wanna virtually pet over 50 different animals? Wanna decide which trees to plant? MAKE IT HAPPEN. I have no doubt that this game will look awesome. With that said, I don’t know how fun it will be if you aren’t already a fan of the franchise. I mean, the tycoon games can be fun, but one involving a zoo sounds iffy. Approach with caution. EXTREME caution. Pun not intended. Or was it?

Zumba Fitness: World Party ($60) – Look at that stomach. That’s Zumba son. This is another decidedly niche experience. You either have to like Zumba itself, or dancing in general to want this game. If you fit that label, then this could be a good alternative to joining a class and having to perform in a packed room. With that said, it will probably function well based on my Dance Central experience and the updated camera. So if you do want the game, buy it in confidence.

To recap. There are 21 games available. Only Killer Instinct is free. I can’t find any evidence of a free Live Gold trial being included, so if that ends up being the case I apologize for not including that info. Live Gold members will still receive free games as they did toward the end of the 360 life cycle. I think that’s about it.

Yeah, a lot of apps you’re used to are missing. Don’t fret. Most will return. Here are the ones that will be there on Day 1.

As a bonus, here are the apps expected by March 2014. MS calls it the “first wave” of apps so expect more to follow.

Some notable apps missing. Let’s pray for their safe return. HBO Go, we’re looking at you.

Ok, deals. Once again, some stores have the games already.

The Microsoft Store has a deal where you get a $10 credit back on certain pre-orders. This includes a good portion of the day 1 lineup. Here are the games.

The Toys R Us Buy 3 get a $50 gift card sale from last week is in play for XBox One. I’d suggest Ryse/Forza/2K personally, but that’s because I’m not a huge FPS fan. If you are, adjust accordingly.

My Best Buy members can earn a $25 store credit by purchasing 3 games in store or online. You can earn an extra $10 if you purchase FIFA/Madden/2K/Battlefield/COD. Also, remember the Gamers Club option I discussed last week.

Ok gamers, there you go. You’re all set. If you were waiting on the XB1, it’s your turn now. Go forth and experience all the joy PS4 owners did last week. Go to your store of choice. Make friends. Trade last gen war stories. Share those fond gamer memories. Exchange gamertags. Just have fun! We won’t have another launch until next decade. Make it count. Happy gaming!